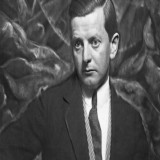 Franz Heckendorf was born in Berlin in 1888. He studied at the Museum of Decorative Arts and the Academy of Fine Arts and had his first exhibitions in the Berlin Secession as early as in 1909. His first paintings were focused on impressionism and mainly showed motives he had seen as an airman during the war, like the landscapes of the Balcans and Mesopotamia. It took Heckendorf some time to develop his own style that was closer to expressionism. This was the case when he stopped  concentrating  on  depicting  nature  and  started  focussing  on  an  elevated  impressional depiction. Alongside numerous oil paintings, Franz Heckendorf painted pastels and watercolours and also worked as a graphic artist.
The artist had to deal with difficult circumstances during the reign of the Nazis, who call his works degenerated. He has to wait until the end of the war to work as a professor, first at the Vienna Academy, later in Salzburg. Franz Heckendorf finally lived and worked in Munich until his death on 17 August 1965. 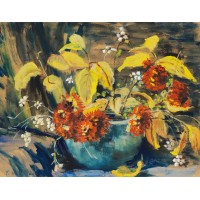